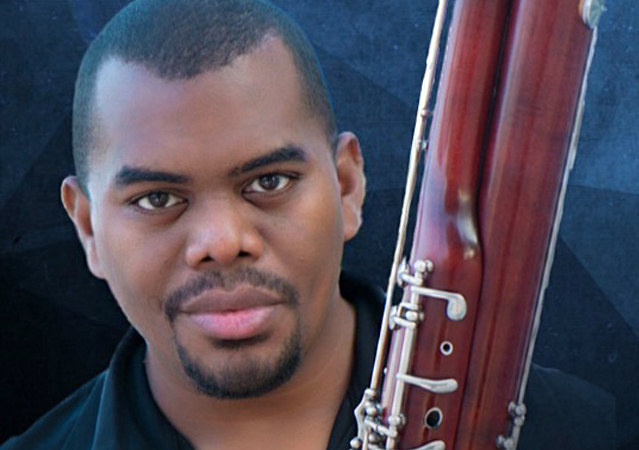 Hailed by the Huffington Post as “the ultimate in tonal purity” and praised by the L.A. Times for his “effortless phrasing”, Anthony Parnther is a Los Angeles based recording artist for motion picture, television, animation, and video game scores.

You can hear Anthony on his Schreiber S-91Prestige bassoon on a long list of blockbuster films and television shows like Star Wars Episode IX: The Rise of Skywalker, The Lion King, Call of the Wild, Green Eggs and Ham, Star Wars: The Mandalorian, Mulan, The Simpsons, Family Guy, American Dad, Star Wars: Rogue One, Star Trek: Beyond, New Mutants, Onward, Scoob, Spies in Disguise, The Orville, Moana, BlacKKKlansman, The Conjuring, X-Men: Apocalypse, and many more.

When he’s not in the studio recording his bassoons, Anthony serves as a sessions conductor in the Hollywood recording studios and is the Music Director and Conductor of the San Bernardino Symphony in San Bernardino, California, the Southeast Symphony in Los Angeles.